So, March is upon us – it only seems like two minutes since Christmas – and the gigs continue to keep on rolling in Nottingham, there are, as ever, a host of excellent gigs this week and, in our kind and caring way, we’ve tried to pick out a choice selection for you to check out over the coming seven days.

I’m Not From London are holding a benefit night this week in order to help raise funds for a charity cycle ride which will see Cllr Nick McDonald and others cycle from London to Cannes as part of the “Cycle To” event, the main beneficiary being Coram, a charity which helps vulnerable children.

The cycle will run over six days and cover almost 1,500 miles, starting at City Hall in London and ending up at the Palais de Festivals in Cannes. You can check out the fundraising page for the event here.

Tuesday nights gig, which takes place at Antenna and features an ace line up of acts for you to enjoy.

Opening things up will the mystical, and little heard of STACEY MCMULLEN, an artist we’ll admit to knowing nothing about but who we’re sure will be well worth checking out.

Multi-instrumentalist and composer GAVIN BRADSHAW will be up next. Gavin combines songs and improv to create a unique experience and ensure that no two shows are ever the same.

Young singer-songwriter TOM MCCARTNEY and his band will be on hand to treat you to some wonderful bluesy sounds ahead of a set from one the must catch bands of the moment THE BREAKFAST CLUB, a group that continue to impress and win over new fans – head down on Tuesday to find out why.

Finally, rounding off the evening in true foot-stompin’, bone breakin’, finger lickin down and dirty party fashion will be ROYSTON DUXFORD, expect low down, lo-fi rock and roll blues from these guys.

Entry to the show is free but donations (which will go to Coram) are welcomed.

Things kick off at 6.30pm and it’ll be wrapped up for 10pm, ideal for a school night.

Nottingham’s HMV was home to a few great shows featuring local talents back a year or so ago and now they are back with another celebration of Nottingham music. Once again they’ve teamed up with recording group ROFL Audio and will be offering up some great local music in store this Wednesday.

It all kicks off at 4pm with top notch beatbox wordsmith MOTORMOUF followed by ace young singer GEORGE HOLROYD. 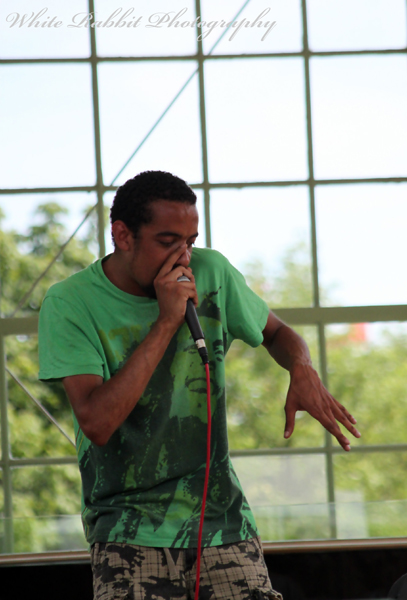 Blues/rock combo STARSCREEN will be up at 5pm before pop-punk five piece HOMETOWN HERO round the event off at 5.30pm.

These shows are always enjoyable, not to mention you can pick up a few records, DVD’s and even t-shirts while checking out the show.

Yes you read that right, clothing firm Prisma will be holding a special, extremely small key show this Wednesday, it’s a secret location which happens to be somebody’s living room.

The fine folk at Prisma put on an ace gig at the, rather larger, Bodega a couple of weeks back – check out our review here, but this promises to be something rather special and unique.

GEORGE HOLROYD, who plays HMV earlier in the day – see above pick – will be on hand for an even smaller show in the evening.

Joining George will be THE INFINITES, THE MITHERED and IDLE EMPIRE.

This is going to be an extremely interesting, not to mention rather cosy, gig and, unsuprisingly tickets are extremely limited and MUST be purchased in advance – you can get them here for just £4.

If you can get a ticket we reckon this will be well worth checking out.

There’s some wonderful music going on at the Golden Fleece this Thursday. and ever it’s totally free entry.

If you enjoy instrumental funk, rock, jazz fusion then you’ll love Nottingham trio DOUBLE HELIX while there will be blend of loud brash punk and sombre indie from LITTLE BRIBES.

NottinghamLIVE favourites BAYBO SQUAYBO will be playing a rare acoustic set that we’re certain will be well worth checking out. 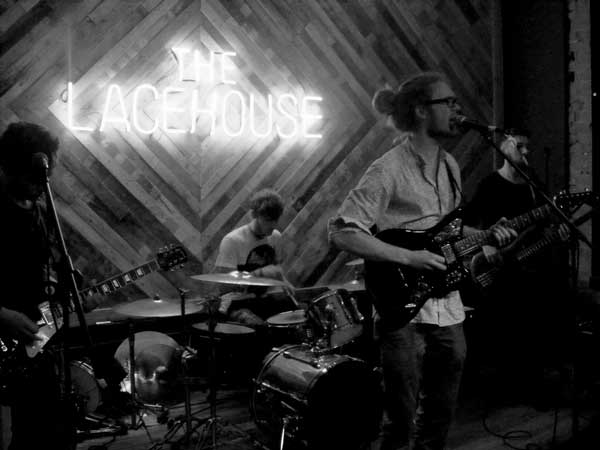 Kicking things off will be Manchester duo THE LONG ISLAND ICE TEAS.

Since bursting onto the Nottingham scene recently the excellent LOUIS ANTONIOU has wasted no time in getting himself out and about playing at a host of great gigs across the city and winning new fans every single time.

Now he’s ready to launch his self-titled debut EP and he’s teamed up with the great folks at I’m Not From London to put together one heck of a launch party – and what better venue than the Jamcafe.

Louis will be playing with his band THE BLUE JAY WAYS and we’re sure this will be a set not to mix with tracks from the EP.

As if that wasn’t enough there is some excellent support in the shape of JASMIN ISSAKA, TOM MCCARTNEY and CIBELE.

This promises to be a cracking night and, as is generally the way at the Jam, it’s totally free entry.

Ferocious Dog are a band that are a true Nottingham powerhouse and yet don’t get the kind of attention they deserve. Having already sold out Rescue Rooms on more than one occasion, toured across the UK and opened the second stage at Splendour Festival the band recently announced that they will be headlining the one and only Rock City in December. Before that though they’re at Bodega this weekend for a show that sold out almost as soon as it went on sale. 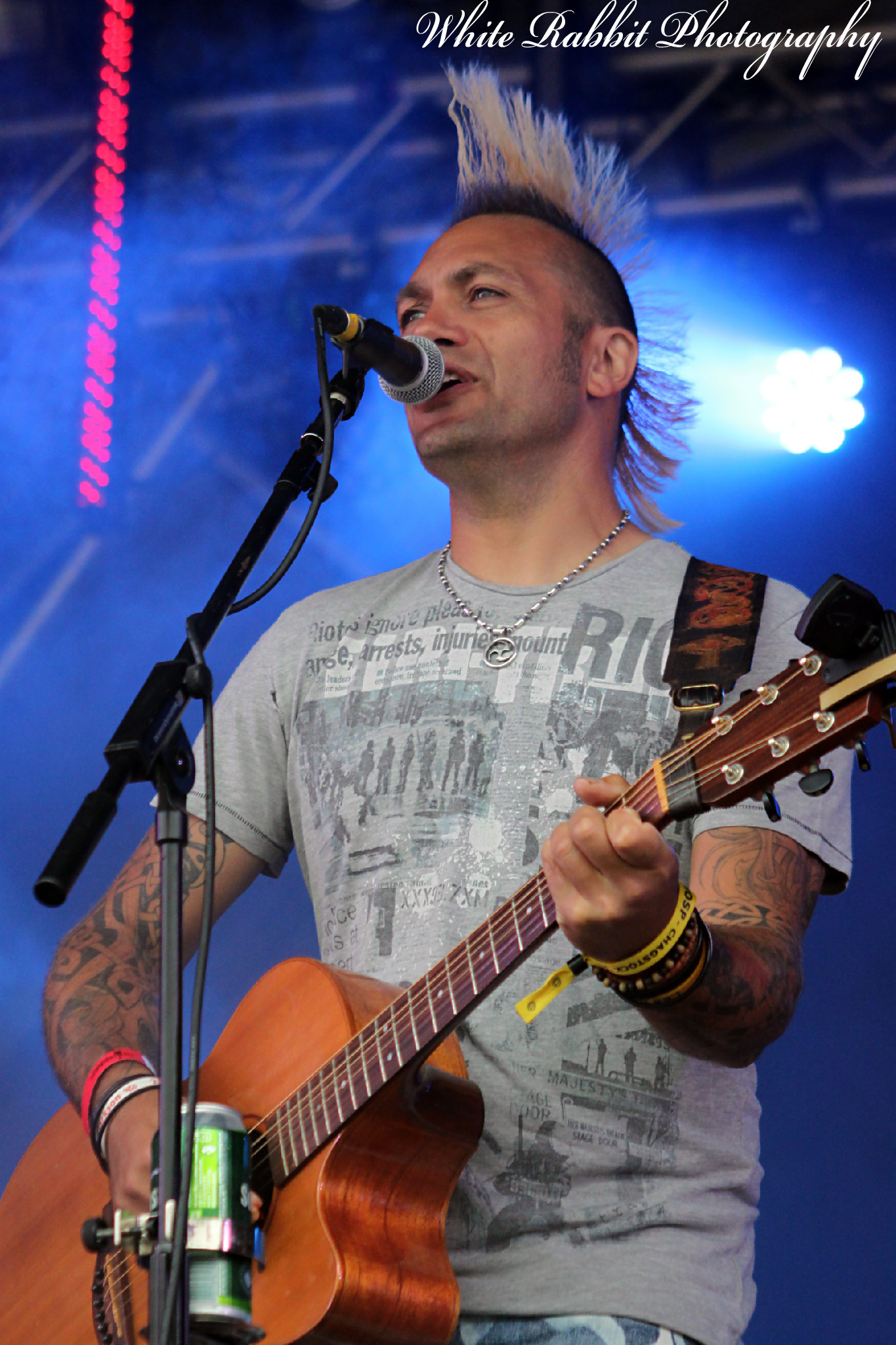 We reckon this gig is going to be something pretty special and Bodega will be absolutely rocking on Saturday night when the boys take to the stage. These guys always put on a fantastic set blending celtic, folk and folk rock sounds into a stunning sound.

Support on the night comes from GAZ BROOKFIELD.

As we mentioned the event quickly sold out, if you’ve got a ticket you’re in for something special.

So there you have it, plenty to get your teeth into this week. Wherever you end up we hope you enjoy some great Nottingham music.