As the tenth anniversary of Sophie Lancaster’s death approaches (August 24, 2017), Pomona has brought back into print Simon Armitage’s Black Roses. 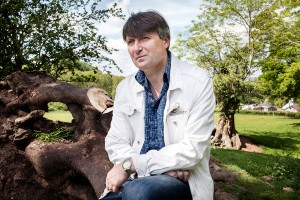 The book has been sold out for several years.  A third of profits will go to the Sophie Lancaster Foundation, which aims to ‘create a lasting legacy to Sophie’:http://www.sophielancasterfoundation.com.

Black Roses is a poetic sequence written in the voice of Sophie Lancaster. Twenty-year-old Sophie was attacked in a Lancashire park in 2007 and died 13 days later. The ferocity of the assault caused distress and outrage when reported by the international media and led to the creation of the Sophie Lancaster Foundation, a charity opposed to all forms of hate crime and victimisation.

The radio broadcast of Black Roses won the BBC Radio Best Speech Programme of 2011 and was shortlisted for the Ted Hughes Award for Poetry.

The book is available at www.pomonauk.co.uk

Literature- Nottinghamshire author and therapist hits Amazon No.1 status for the second time in two months now with Leadership book