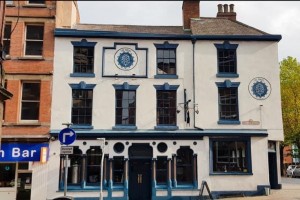 A landmark Nottingham pub with a colourful past as both a brothel and a chapel is battling for its life with a campaign urging supporters to Become An Angel to Save The Angel.

Located in a Grade II Listed building in Hockley, The Angel Microbrewery has come up with a series of fundraising initiatives from  DJ livestreams and brewing a bespoke beer to sponsoring seats in an attempt to raise £26,000 to secure what has been described as ‘the jewel in Nottingham’s crown’.

Angels who buy a seat at the historic boozer will be recognised with their name on a brass plaque along with a choice of inscription such as ‘God Save Our Pub’ and ‘I’m an Angel The Saved the Angel’ mounted on one of the twelve seats up for grabs from £100 up to £300. Punters can choose to buy their favourite seat in the main bar, the microbrewery or the outside courtyard or even the very special church pew in the Chapel.

A legendary music venue that has played host to big names such as Oasis, Arctic Monkeys, and Kasabian on their way up, The Angel is an integral part of Nottingham’s grassroots music scene with live music and DJs playing every week in normal times as well as hosting stages for Hockley Hustle, Beat the Streets and Dot to Dot fringe. 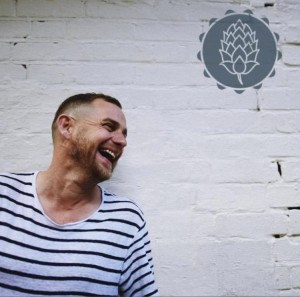 Hockley Hustle director Ben Welch explains why the festival is backing the campaign.

“The Angel is so much more than just another pub. It supports the creative life of the city and is a home for those with an independent spirit, a welcome space for artists to try out new material and learn their stagecraft. Without places like The Angel, multi-venue festivals such as ours wouldn’t be possible and Nottingham would be that much poorer for its loss. Long live The Angel!”

Save The Angel livestreams featuring many of the regular DJs who play at the Angel are taking place each Friday evening from 6pm on Twitch as part of the fundraising drive.

A huge raffle goes live next week for the chance to win prizes – from original art to independent clothing to hairdressing and tattoo sessions – donated by the Nottingham creative community which has rallied round after news broke in December that the pub was in peril.

Director Benjamin Rose, who took over and restored the pub in 2016, is also using the campaign to shine a light on the desperate times facing the hospitality industry and the urgent need for more support.

He said: “Despite doing everything we can to stay afloat, we are struggling especially as time goes on and we still can’t open or even offer beer for takeaway. We’ve had hundreds of people donating to our Go Fund Me and we are so grateful for every single one. We’ve also had lots of support from the creative community here from local businesses, artists, promoters and musicians which has been so heartwarming. However, we urgently need more support from the government as do many others across the hospitality industry if we are to survive until we can open our doors again.” 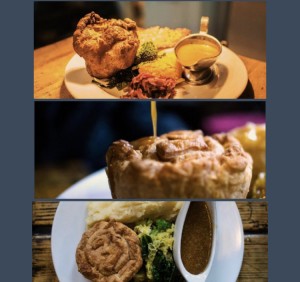 Determined to do all it can to save itself, The Angel has restarted its takeaway Sunday roasts and will soon be launching beer vouchers to be redeemed once they can open as well as offering goody bags of Angel merchandise.

There will also be a special one off opportunity to have a beer brewed and named after the highest bidder, as well as 10 free pints, a beer badge to keep and a beer badge to add to the wall of the pub’s house beers.

All the fundraising initiatives will be promoted through the pub’s facebook page here https://www.facebook.com/angelmicrobrewery/

To make a donation, go to the Save The Angel Microbrewery Go Fund Me https://www.gofundme.com/f/save-the-angel-microbrewery