Following the pre-launch event last week, Friday saw the official opening of Nottingham’s latest music venture, Lace Squared.  Although it was set for a 6 o clock start, Notts didn’t really show until much later, maybe this was due to the rather hidden location which is not conducive to a drawing a crowd, despite this it really felt like something special was happening. 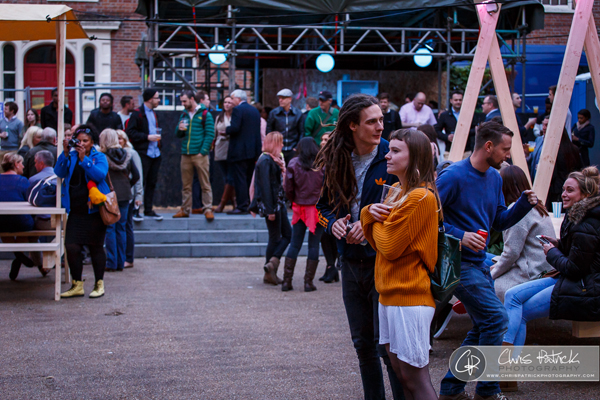 The bands didn’t start till a bit later on but the Bad Juju staff kept the drinks flowing in a groovy little shack on the square, helping to get everyone warmed up (which was needed as it was a little nippy) for the first act, MOTORMOUF and ASHMORE.  They got the party started with their beat boxing and chilled reggae/ska style, playing about 7 songs and ending on Bob Marley –Lets get together they entertained the growing audience and in a very British manner were not shy in moaning about the cold. 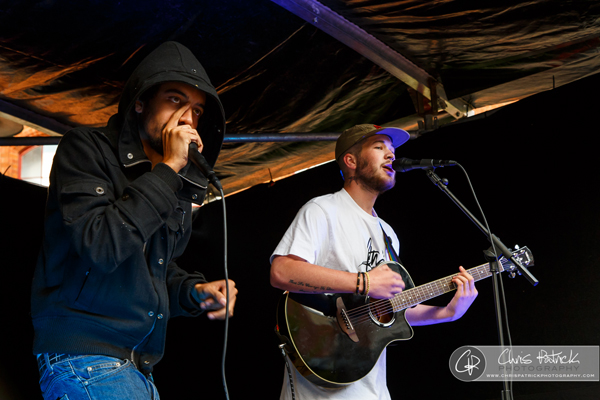 It was then the turn of RAM1 to take to the stage. Keeping with the chilled reggae vibe, he entertained, more as background music but by no means elevator music, a now lively crowd however when he ended on No Woman No Cry and really grabbed everyone’s attention once more.  By then it was a bustling square with everyone wanting to carry on, it was a great way to start your Friday night. 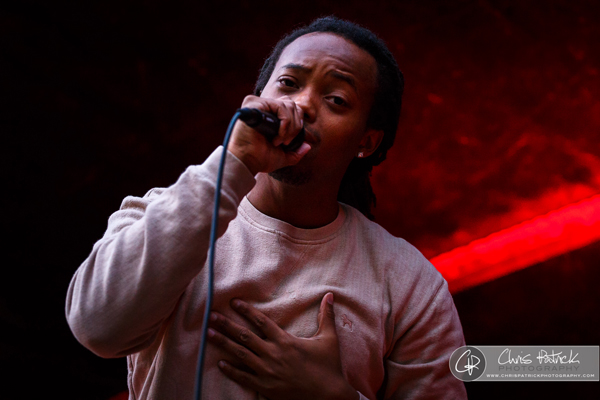 David Pain, one of the organisers, said that the first night had been a slow burner but believed they had proved the concept, he hoped that word of mouth would make it bigger and promised pulled pork and bbq food over the coming weekends.   Another of the organisers, Sam Allison, summed it up in a nutshell “Happy with the turnout, sad about the cold!”

Lace Squared is going to be offering a programme of music, arts and markets as well as the alfresco bar every Thursday, Friday and Saturday evening until 14th September.

EP Review: We Three Kings – Are You Feeling the Same