Punk rock pioneers Stiff Little Fingers may have been going for over forty years but they are not showing any signs of slowing down yet. The Belfast formed band are on the road for their latest tour, which includes a stop off at Nottingham tonight. Ahead of their visit to Rock City we spoke to band member Jake Burns… 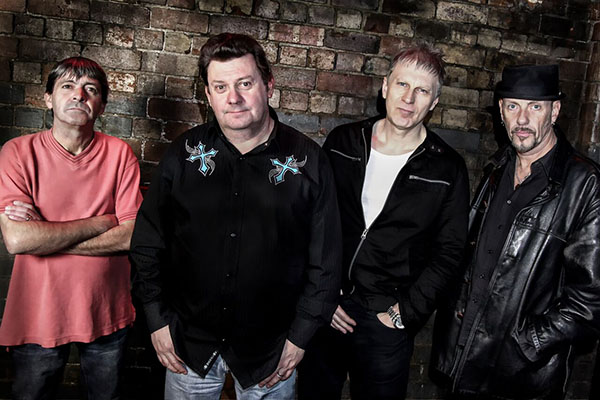 Hi Jake, how are you?

Fine, thanks. Just back from Australia & New Zealand and raring to get started on the U.K. leg!Can you explain to our readers who Stiff Little Fingers are?

Stiff Little Fingers are a punk rock band, originally from Belfast in 1977, who have gone through various personnel changes and growing pains and now find themselves living all over the world and unemployable as anything else.What or who was your main inspiration to putting the band together?

The love of playing music. Each of us has different starting points (Rory Gallagher, Keith Moon, Lou Reed, Bob Dylan) but a shared love of The Ramones.You guys are returning to Rock City on the 14th of March, what is it that makes rock city such a special venue?

It’s one of the great venues world wide. Fantastic stage, great audience and one of the best venue crews anywhere. It’s always a pleasure to play there. Like meeting old friends, really.Now this tour marks your 40th year as a band, did you ever see yourselves still together after all this time?

I don’t think any band sees themselves lasting as long as this. Most bands make a few albums and have packed up and moved on after about 5 years. We have been very lucky insomuch as we have a fiercely loyal following and that aforementioned fact that we’re unemployable at anything else!How has the music scene changed over the years?

The internet has completely changed the playing field, as it has for many industries. As in all things, you either adapt or die. As I’m writing this I’ve just seen the news that the New Musical Express no longer exists. That would have been unthinkable when we started as a band.Do you feel it has changed for the better?

Like the curate’s egg, some parts are good, some not. You have more direct access to your audience and they to you and that is a very good thing. But digital piracy is now seen as the norm and that has made the production of new music very problematic.How would you describe your job to a kid?

Shouting and pointing. Or as a friend’s seven year old once memorably described me: “Swearing. With a microphone. And lights!”Which band were you start struck meeting in your whole career?

Nobody, really. After all, we’re all doing the job with differing degrees of success. Now, footballers, that’s a whole different ball of wax. The first time I met Stuart Pearce I was suitably gob-smacked. Now, he’s a mate so not so much!What final bit of advice do you have for our readers?

Never whistle with a mouth full of custard.