When Josh Kemp appeared on the NottinghamLIVE Radio Show way back in February, when the show was still in its infancy, the first thing that struck you about him was his pure infectious energy. The second thing you learn about Josh is that he is an incessant gigger (is that a word!), in fact in 2012 he performed over 200 gigs across the UK, but what is it that makes him want to gig so much?

“Everything about gigging sums up what i love about being a musician, you get to travel, meet different people all the time and on top of that the rush you get from performing for that great audience can’t be replaced by anything!”

It’s safe to say that Josh has not shown any signs of slowing down this year, with things really picking up since the launch of his EP Sofa Surfin at the Malt Cross earlier in the year. 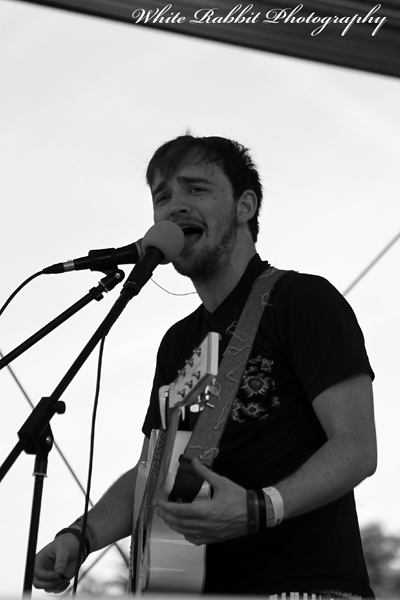 “Had a mega few months since the release of Sofa Surfin’! I’ve been playing some of my biggest gigs and my biggest festivals to date!”

One of the events Josh played this summer was the Our Big Gig event at the Arboretum – which NottinghamLIVE.co.uk were a part of – a show that Josh speaks highly of.

“Our Big Gig was one of the highlights of my summer, performing alongside Georgie Rose, OneGirlOneBoy, Alex ‘Motormouf’ Young and Ryan Thomas!”

As well as his heavy gig schedule Josh all performs regularly at Belle & Jerome, a restaurant in Beeston, these dates offer Josh a more relaxed atmosphere.

Josh will be on performance duty this Saturday when he takes to the NottinghamLIVE.co.uk stage as part of this year’s Macmillan Festival, and he is more than happy to have the chance to play.

“I got involved with this years Macmillan Fest through the battle of the bands competition and was lucky enough to be offered the slot after going up against some of my favourite Midlands singers!” to mark his appearance Josh intends to offer up a couple of treats to the audience “I’m going to breaking out an new single from Sofa Surfin’ as well as playing a new mash up cover!”

Of course the main thing about Macmillan Fest is to raise as much money as possible for Macmillan Cancer support and, like many, it is a cause close to Josh’s heart.

“Like most families mine has been hit hard by cancer, so I work as hard as i can to support the people doing something about it. My ‘Sofa Surfin’ EP release was a massive success and we managed to raise lots of money for the Nottingham Hospitals Children’s Cancer Ward and i cant think of a better cause to continue supporting than Macmillan!”

In a bid to help the event raise as much money on Saturday Josh won’t just be performing.

“I’m definitely going to be going for a wax! where ill wax however, we’ll have to see!”

The lineup for Macmillan is always top draw and this year is looking better than ever with a brilliant selection of bands – from Nottingham and beyond – set to to play during what is promising to be a fantastic day, and Josh has his own selection of acts he is keen to catch should he get the chance.

Josh is one of a band of great acoustic artists from Nottingham, with more appearing on the scene all the time, while this can only good for Nottingham music and the strength of the music community is there a pressure to ensure you stand out and don’t get lost among the crowd?

“I don’t think you can get lost in the Nottingham scene. There are a lot of brilliant musicians, but the great thing about the Notts scene is that everyone is massively close and everyone looks after each other.” 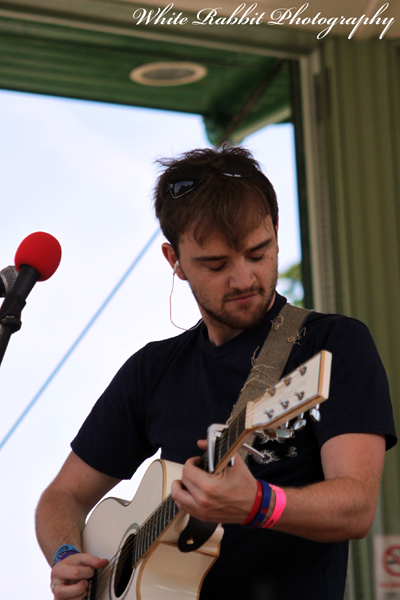 Unsurprisingly Josh is a huge fan of the current Nottingham scene.

“It’s a massively vibrant scene, I travel a lot too and Nottingham has the most electric vibe right now! With artists like Saint Raymond, Ady Suleiman and Harleighblu creating waves all over the country!”

Talking of travelling Josh has just returned from a trip to South Africa, a truly incredible experience for the young singer-songwriter.

“South Africa was amazing, we saw some wicked animals likes lions, elephants and zebras all in the national parks, met some incredible people and heard some incredible stories! ” Through all the experiences and places he visited Josh admits it is the people that have made the biggest impact during his visit “I think more than anything else the stories of the people I met in Africa have influenced me. Just taking in the culture of others does more to inspire your own.”

For a guy as busy as Josh it is hardly a surprise that his response to the question of what he has lined up after Macmillan Fest is “Plenty of gigs at the Belle and Jerome, and lots of pubs around Nottinghamshire” though he does add a little bit of a teaser in there, “keep an eye on my Facebook and twitter for a big gig announcement for November!”

We’re huge fans of Josh, a great performer and great guy and if you haven’t yet seen him live make sure you fix that this Saturday and catch him on the NottinghamLIVE.co.uk stage.

Even if he does think a Moomin would “without a doubt” beat a Care Bear in a fight.

Josh Kemp will play the NottinghamLIVE.co.uk stage at Macmillan Fest this Saturday, 7 September, for more information on the festival click here

For more on Josh Kemp check out his Facebook page