Macmillan Fest, as well as raising money for a great cause, also showcases some fantastic Nottingham bands, in particular from this very town of ours, one such band are Atticus Anthem, this Saturday they’ll be headlining the Bad Era Recordings stage in the main bar. Unsurprisingly the band are pretty stoked to be playing:

“Absolutely, we love festivals there’s always such a good buzz around with so many great bands and for a great cause. Looking forward to doing an acoustic set too.”

Atticus Anthem are a four piece alternative band hailing from Nottingham that’s foundations are somewhat based on a chance meeting.

“Bjorn and Jared actually met through extended family at a wedding and upon realising they had shared musical leanings stayed in touch before getting Johnny on board, whom Jared had been in a band with previously.”

The name, meanwhile, it seems, originates from a literary classic, “We named ourselves after Atticus Finch, a Character from the book “To Kill A Mocking Bird”  We all are fans of the book/film and it just made sense to us straight away.” 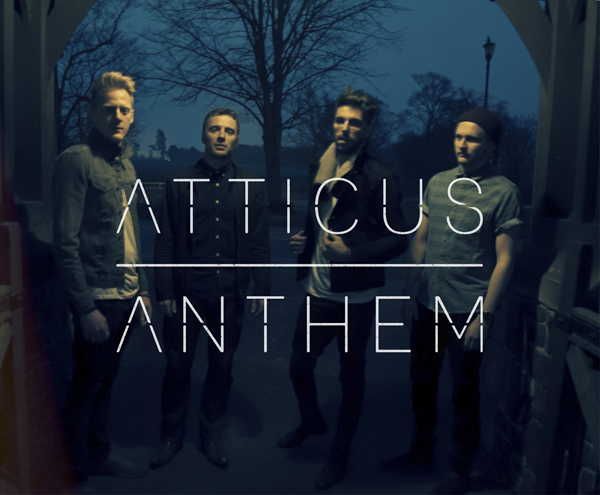 Beginning life as a trio the band decided against jumping into performing straight and instead decided to take a different approach.

“The first six to twelve months were spent just jamming and finding a sound and direction, and it was after that when the songs started to come through and develop.”

Once they finally decided they were ready to get out gigging they started off at a place which has been the launch pad for many of Nottingham’s musicians.

“We played The Maze in Nottingham on a cold Tuesday night ha! it was pretty empty and I think we played everything at about 1000BPM  all good learning though.”

Since then the band have played venues across the country, including the likes of the Camden Barfly and the Purple Turtle and also added a fourth member to the band in the form of bassist Olly Skelton. This was then followed by the chance to support chart topping indie pop act Scouting for Girls on their UK tour, a great opportunity for the band.

“It was a great experience for the band, and one we had only a short time to prepare for. I definitely think that we more than held our own on the tour and surprised a few people who probably weren’t expecting much from a support act. It’s always a tough ask for any band opening for an established band, and it was great to get the reception we did every night of the tour!”

Spending time with the Scouting for Girl boys also gave the band a taste for the great rewards a music career can offer.

“I think the main thing we learned was how much we wanted this a career. After playing to 2000 people a night for 2 weeks you just want to keep on doing it and never stop.” it also taught them the importance of always giving your all, “We learned that if we want this as a job we can’t give up! no matter how many people to us no we’re just going to keep knocking on the door.” 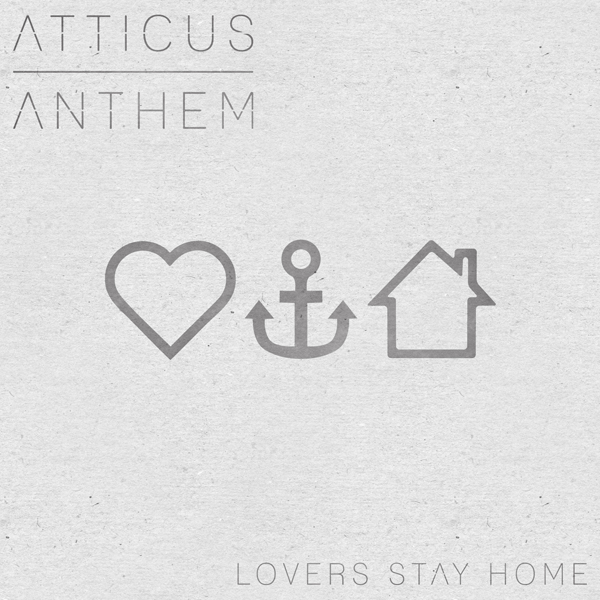 This weekend of course they’ll be playing to a packed out Macmillan Fest and they’re promising quite the set for anyone that decides to check them out in the main bar area of Rescue Rooms, jokingly promising “A firm tug on the old heartstrings, there’s gonna be tears”  but it’s the chance to do a stripped down acoustic set that really appeals “We love doing acoustic sets, we’re actually adding a bit more texture to the acoustic set by adding some subtle electric guitar instead of 2 acoustic guitars so that should be interesting.”

With such a lineup put together by organisers IKE Productions it is hardly a surprise they’re looking forward to catching some of the other bands on offer, with one in particular on their radar,

“One band we are all fans of is Long Dead Signal, those boys have a really good sound.”

Like many in the city Atticus Anthem have noticed a definite vibe in the air when it comes to the music scene, “We love playing the city, it has a really good buzz at the moment.”

So which Nottingham bands have caught their attention recently?

“We all really like Amber at the moment… they have some sweet sweet harmonises.”

So while the immediate attention is on this Saturday the band don’t seem to have any intention of slowing down or taking a break afterwards with plenty lined up.

“We have a few shows in the pipeline, and as always we are working on some new material. We are hoping to get back in the studio soon.”

Of course sometimes you just have to take a break, so what do the Atticus Anthem boys do when they’re not on stage?

“The usual combination of football, films and TV. Breaking Bad seems to rule our down time at the moment. In terms of Nottingham, we love the rescue rooms obviously, the Bodega and Rock City are great for live music.”

Any band that likes Breaking Bad are alright by us, however we couldn’t let them go without asking the immortal question:

“Who’d win a fight between a Moomin and a Care Bear?”

“The first rule of fight club…..don’t talk about fight club!”

You might not be able to talk about Fight Club but you can certainly talk about Atticus Anthem, and more importantly you can check them out this Saturday at Macmillan Fest.

For more on Atticus Anthem check out their Facebook page