FIRST WAVE OF ARTISTS ANNOUNCED FOR BEAT THE STREETS FESTIVAL 2020 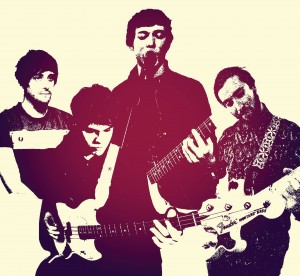 The first wave of acts has been unveiled for the annual Beat The Streets charity music festival. Over 30+ local and national music artists have been confirmed to play at the Nottingham city centre event on Sunday 26th January 2020.
Hosted across five stages at venues that include; Rock City, Rescue Rooms, The Bodega and Rough Trade, all proceeds raised from ticket sales, merchandise and bar sales in DHP venues will once again be donated to Framework; the Nottinghamshire charity dedicated to bettering the lives of homeless people.
After raising a grand total of £167,000 over the previous two events, the third edition of the festival will bring some of the most in-demand acts together on one bill, all of whom will all play a significant part in helping the festival to achieve its main aim: helping to eradicate homelessness in the city of Nottingham.
Last year’s proceeds enabled Framework to open the doors of their Sneinton homeless shelter all year round, which has provided ten direct access accommodation places for people sleeping rough in Nottingham. Beat The Streets is aiming to continue with this unprecedented momentum at its forthcoming instalment in January, helping the charity to grow its vital frontline services even further.
Fresh from scoring a Top 5 entry in the Official Vinyl Singles Chart with the anthemic ‘75 Trips’ and selling out a show at The Bodega, rock ‘n’ roll four-piece Reflekter will arrive at the festival riding a wave of acclaim. Since forming back in May 2018, their emotive guitar-led sound has helped them to swiftly earn a dedicated grassroots following, meaning that demand is sure to be high to catch them live on their home turf.
Funded by Youth Music and the National Lottery Community fund, the Circle of Light project brought together over 20 music industry professionals, including the likes of Scor-zay-zee, Rob Green and Stacey McMullen, to help sixty 16-25-year olds achieve the goal of creating an album over a three-week period in the summer, whilst also helping to create a safe space to encourage free and open conversation about mental health. The group released their album at Metronome on World Mental Health Day in October, creating a piece of Nottingham music history in the process. The full line-up for their Beat The Streets performance is set to be unveiled shortly.
After winning Nusic’s ‘Future Sound of Nottingham’ competition earlier in the year, and therefore earning himself a spot opening the main stage at Splendour Festival, 2019 has been a breakout year for Remy. Currently working with Nina Smith’s ‘First Light’ label, the singer-songwriter has become a live favourite on the local music scene with his uplifting brand of John Mayer-esque guitar-pop.
Sheffield rockers Sheafs return to Nottingham fresh off the back of a UK headline tour, which included a recent riotous show at Rescue Rooms in October. Also joining the bill is Nottingham soul sensation Mollie Ralph, whose contemporary twist on the genre has gained her plaudits from the likes of Dean Jackson on BBC Introducing, LeftLion and Nusic, and has also led to a sold out debut EP launch show at Rough Trade in February.
The full list of acts confirmed for the first announcement are: Beat Combo // Black Cats and Magpies // Black Shiver // BLLE // Brad Dear // Callum Kerrigan // Celestines // Circle of Light – Live // Cucamaras // Dacodac // Eyre Llew // Fading Blonde // Gallery 47 // Jaymal Davis // Jerub // Jinda Biant // Louis Croft // Megatrain // Mollie Ralph // Nactus Kunan // Reflekter // Remy // Ryan Brooks // San Junipero // Sancho Panza // Sheafs // Star Botherers // Sunflower Thieves // Tash Bird // Tori Sheard // Vega Bay // Velvet Blush // Witch of The East // Witches Mark.
Due to popular demand, the charity tombola will be making a return to the event in 2020, housed within the Rock City merchandise desk. Expect a vast array of exciting prizes, with the full prize breakdown to be revealed in due course. Branded festival badges are also back, with the full donation amount going to Framework. The full list of stockists can be found on the Beat The Streets Facebook page.
Beat The Streets is being delivered by DHP Family in collaboration with local organisations and music groups including I’m Not from London; Farmyard Records; Hockley Hustle, and Rough Trade. Tickets priced £7 are on sale now from www.alttickets.com/beat-the-streets-tickets and will allow access for 14+ to all participating venues. Further line-up announcements are due to follow shortly, please keep an eye on the social channels or the festival website for updates.
Participating venues: Rock City, Rescue Rooms, The Bodega, Rough Trade.
FB: www.facebook.com/pg/beatthestreetsUK
Instagram: www.instagram.com/Beat_Streets_
Twitter: www.twitter.com/beat_streets_