We take a look at what Nottingham’s largest independent cinema, Broadway, has lined up this September.

Perhaps the highlight event of the month will be the screening of THE GREAT HIP HOP HOAX, the tale of a two Scottish rappers who reinvent themselves as West Coast homeboys after being signed by Sony. The film is directed by Nottingham based film maker Jeanie Finlay, who’s previous work includes the excellent music store documentary Sound it Out. The Great Hip Hop Hoax will be showing from Thursday 5th, with a post screening Q&A taking place with the director following the opening night screening. 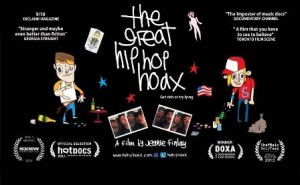 Friday 6th will see the release of what apparently is the final film from Four Weddings and a Funeral director Richard Curtis, ABOUT TIME, is a time-travelling romcom which see’s Dominic Greenhall’s time travelling character find his attempts to woo Rachel McAdam’s Mary go far from smoothly.

Also showing from the 6th will be THE GREAT BEAUTY and MUSEUM HOURS.

Apollo 13 director, and form Happy Days star Ron Howard is back with RUSH, which tells the tale of one of Formula One’s greatest ever rivalries, the enigmatic British playboy James Hunt – played by Thor himself Chris Hemsworth and the methodical and brilliant Niki Lauder (Daniel Bruhl).

Anyone with an interest in science, space and/or time travel will be encouraged to get down to Broadway on Thursday 13 when not only does HAWKING, the story of the world’s most famous living scientist, Stephen Hawking, starts showing but on opening night there will also be a special Q&A with Stephen himself live from the Cambridge Film Festival’s opening night – introduced by Prof Brian Cox.

Friday 20 will see the release of DIANA, the tale of the last two year’s in the life one of the most iconic, not to mention photographed, women of the 20th century. Based on the book Diana: Her Last Love by Kate Snell, it follows the time from Diana’s very public divorce from the heir to the throne and how her life moved on from there until her untimely death in Paris in 1997.

Also from 20th will be AIN’T THEM BODIES SAINTS starring Rooney Mara and Casey Affleck.

Woody Allen returns to his home turf after a series of European set films for BLUE JASMINE – from 27th – which follows a New York socialite who moves to San Francisco to escape her faltering marriage to a crooked Wall Street executive. Starring Alec Baldwin and Cate Blanchett this has already been called “one of the most memorable Woody Allen movies ever” – New York Observor.

Also released on 27th is the Kerri Russell and Jennifer Coolidge starring AUSTENLAND.

The senior citizen programmed SILVER SCREENINGS has another great line up this month with Black Narcissus, Sons & Lovers, About Time and Diana.

Those looking for a family day out that won’t break the bank can check out one of the FAMILY MATINEE movies. Check out the double screening of kids classics Sammy’s Super T-Shirt and The Sky-Bike, from Children’s Film Foundation on Saturday 7th. 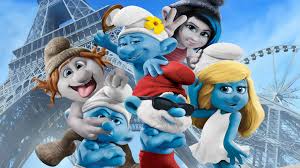 The kids will love the return of the world’s most famous blue characters (sorry James Cameron) in The Smurfs 2 on Saturday 21, while two kids team up to save their youth club in All Stars on 28th.

BRINGING UP THE BABY gives parents to enjoy a film with their tiny bundle of joy in tow free from the tuts and raised eyebrows of others, and for just £4.50 (babies go free). This month’s showing is the aforementioned Richard Curtis directed About Time on Tuesday 10th.

To mark the release of Broadway-based director Jeanie Finlay’s new movie The Great Hip Hop Hoax, the venue have asked her to pick out several of her favourite movies to show during the month, and what a selection she has picked out.

Kicking off the Director’s Choice selection on 5th will be the 1947 classic BLACK NARCISSUS which tells the tale of a group of Anglican nuns establishing a remote mission high in the Himalayas.

On Monday 16th you’ll be able to see the 1999 Japanese movie AFTER LIFE, while Tuesday 17th will be a screening of 80’s high school love triangle classic PRETTY IN PINK – starring Molly Ringwald and John Cryer. Both these movies will feature introductions by Jeanie herself.

On Monday 23 you can check out AMERICAN MOVIE, the inspiring documentary about a film makers attempts to finance his dream project by finally finishing the low budget horror movie he started years before.

Finally, wrapping up the selection on Tuesday 24th will be a showing of THE AGONY AND ECSTASY OF PHIL SPECTOR, following the story of the pioneering music producer who has worked with the likes of John Lennon and Tina Turner, but who, in 2009, was convicted of murder.

Add to that a host of special screenings, including INSIDE THE MIND OF MR DH LAWRENCE, including a Q&A with the films director Armand Attard and star Paul Slack on September 10th.

As always there is plenty to enjoy this September at Broadway, and make sure to pop into Cafe.Broadway for a snack and a drink.

For more on Broadway, and what is going on there, including it’s excellent range of film courses this Autumn, check out the website