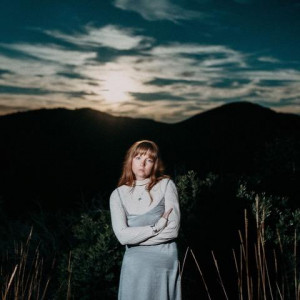 Acclaimed US singer, songwriter, poet and musician Courtney Marie Andrews kicks off her UK and European shows next week in support of her GRAMMY nominated album Old Flowers.

The UK run of dates kicks off in Birmingham on 19th October, taking in Newcastle, Glasgow, Belfast, Manchester, Bristol, Leeds, Nottingham, Brighton and finishes up at London’s Union Chapel on 1st November.

Full show info, alongside the full autumn tour, below.

Old Flowers recently received a well-deserved nomination for Best Americana Album at the 2021 GRAMMYs. It also received International Album Of The Year at this year’s Americana UK Awards, alongside Andrews being crowned International Artist Of The Year. Furthermore, Andrews recently released her debut book of poetry – titled ‘Old Monarch’, the collection is available now via publishers Simon & Schuster.

Created in the aftermath of a long-term relationship, Old Flowers features Andrews’ most vulnerable writing to date on ten new songs that chronicle her journey through heartbreak, loneliness and finding herself again after it all. In addition to Andrews (vocals, acoustic guitar, piano), the album features only two other musicians: Matthew Davidson (bass, celeste, mellotron, pedal steel, piano, pump organ, wurlitzer, background vocals) and Big Thief’s James Krivchenia (drums, percussion).

Of the album, Andrews shares, “Old Flowers is about heartbreak. There are a million records and songs about that, but I did not lie when writing these songs. This album is about loving and caring for the person you know you can’t be with. It’s about being afraid to be vulnerable after you’ve been hurt. It’s about a woman who is alone, but okay with that, if it means truth. This was my truth this year—my nine-year relationship ended and I’m a woman alone in the world, but happy to know herself.”

The release of Old Flowers continues a series of breakout years for Andrews following her critically acclaimed 2018 album, May Your Kindness Remain. Since the release, Andrews has performed at NPR Music’s Tiny Desk Concert series and on CBS This Morning, earned an

Emerging Artist of the Year nomination at the 2018 Americana Music Association Honors & Awards and has continued to tour extensively including shows with Brandi Carlile, Tyler Childers, The Head and the Heart, John Prine, Shakey Graves and The Tallest Man on Earth.