LAUNCH OF NOT IN NOTTINGHAM

Nottingham Business Improvement District (BID) has launched Not in Nottingham, a new initiative designed to tackle the issue of Hate Crime in Nottingham city centre to coincide with Hate Crime Awareness Week (12 – 19 October). 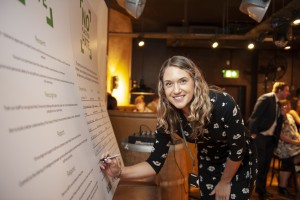 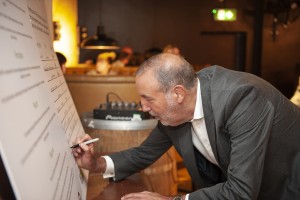 The initiative was launched at a special event attended by more than 100 members of Nottingham BID (businesses in the retail, leisure, office and education sectors) when they were asked to sign a Charter as a demonstration of their commitment to taking a zero tolerance approach to hate crime in Nottingham city centre and to adopting the Charter.

The Charter has four key themes:

·        adopting a zero- tolerance approach to Hate Crime in all its forms by ensuring everyone, including their own staff, is treated with respect.

·        ensuring that their premises have the charter visible to demonstrate their commitment.

·        actively promoting personal safety for all staff and customers to ensure their premises are a safe environment in which to work and visit and enjoy.

·        train staff to recognise Hate Crime and challenge attitudes that under-pin it, working towards reducing fear and prejudice in our community.

·        build a better understanding of the effect of hate crime and undertake to support the victim.

·        commit to the sharing of intelligence between partners and work together to promote the reporting of Hate Crime against staff and customers.

·         Ensure staff and customers are supported if they are subjected to any forms of Hate Crime.

·         Use the Nottingham BID’s right to give exclusion notices to customers who commit Hate Crime.
Activities that Nottingham BID is organising as part of the initiative include:

·         Training and support for city centre businesses and their staff, as well as support for groups such as Street Pastors, Taxi Marshals and Night Owls. There will be consultation with community partners such as Nottinghamshire Mencap, Nottingham Muslim Women’s Network and Notts LGBT+ Network.  This is designed to help them put appropriate policies in place, respond to, and support, victims – both staff and customers.

·         The provision of signage for businesses to help them promote the fact that they are an inclusive and proactive venue as well as material that will be available for people in city centre venues to pick up explaining what Not in Nottingham is about.

·         A pilot scheme which will involve providing bodycams to door staff at a number of venues, enabling them to capture evidence of hate crime, ultimately leading to more prosecutions.

·         The piloting of an Exclusion Notice Scheme which will exclude offenders of hate crime from all venues in the scheme for a specified period of time.

Jeff Allen, chairman of Nottingham BID said: “Nottingham is an extremely welcoming and friendly city and in keeping with this we want to send out a clear message that Hate Crime is not tolerated in Nottingham city centre and that measures have been put in place to tackle it, exclude perpetrators from the city centre or prosecute them and support victims.”

“Nottingham is a great place to visit and work in. The four themes of ‘Not in Nottingham’ are clear and easy to understand. Hate Crime in Nottingham will not be tolerated and I would encourage everyone to support this charter,” said Chief Inspector Donna Lawton of Nottinghamshire Police.

Cllr Rebecca Langton, Portfolio Holder for Community Cohesion at Nottingham City Council said: “Nottingham is a great city to enjoy a night out. We want both customers and staff to know that they can feel safe and supported in city centre pubs, clubs and bars. We are sending out a strong message that there is No Place For Hate in Nottingham and we will stand together to tackle hate crime.”