Forged from the innards of the great volcano rockwrasslemore a belt emerges from the fiery depths of its molten entrails.

A belt to be worn around the waist of only the strongest champion.

A champion to be crowned at the greatest wrassling tournament of all time.

This is Rock n’ Wrassle. 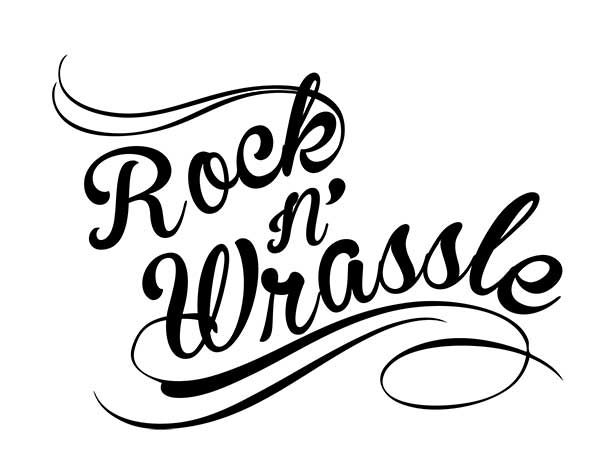 Unlike most federations Rock ‘n’ Wrassle will hold regular tournament shows, these tournaments will be mixed gender and will see a single overall winner – just one belt and one champion, plus live bands will perform wrestler entrances.

As the federation gets up and running we’re extremely pleased to announce that we have teamed up with them to become official media partners, this means NottinghamLIVE.co.uk will be THE place to go for exclusive news, interviews, previews and much much more – we’re working closely with Dan and Adam to bring some exciting things to help embrace and enhance what Rock ‘n’ Wrassle will be offering.

Talking about the team up NottinghamLIVE editor Darren Patterson said, “I’ve always been a pretty big wrestling fan and so when I heard Adam, who I’ve known for a few years, was starting up Rock ‘n’ Wrassle I knew NottinghamLIVE had to be involved. I had a great chat with the guys and there are some exciting ideas underway so make sure you keep an eye on our dedicated Rock ‘n’ Wrassle section here on the site.”

You can check out an exclusive interview with Dan and Adam online now, and we’ll have loads more content coming your way so make sure to keep checking it out.