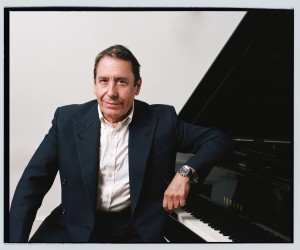 Jools Holland and The Rhythm & Blues Orchestra will once again take their much-loved annual tour around the UK featuring dazzling long-term vocalist Ruby Turner, with her breathtaking gospel, soul, blues vocals and songs written with Jools, as well as Louise Marshall, whose mellifluous voice illuminates all she sings. Also on tour is original Squeeze member and powerhouse Gilson Lavis on drums.

In addition, for the very first time, the tour will be joined by singer-songwriter Leo Sayer.  Leo is an extraordinary global musical success story with his first seven hit singles in the United Kingdom all reaching the Top 10. A prolific songwriter, he is responsible for writing songs such as “When I Need You”, “You Make Me Feel Like Dancing”, “Thunder In My Heart” and many other hits covered by artists all over the world. 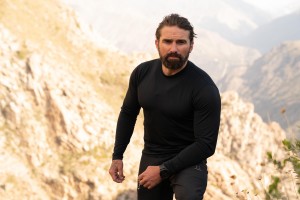 Ant Middleton is best known as the Chief Instructor for Channel 4’s hit show, SAS : Who Dares Wins (watch the latest series now on All 4). Using the skills honed from his experience in the British Special Forces, Ant leads and completes in extreme adventures often documented for TV programmes. Ant was part of ‘Ant Middleton & Liam Payne: Straight Talking’ which aired on Sky One and NOW TV last year and he climbed the highest mountain in the world in ‘Extreme Everest with Ant Middleton’.

Ant has released two books based on his life experiences and positive mental attitude. In 2018 his book ‘First Man In: Leading From The Front’ was published by HarperNonFiction and reached No. 1 on The Sunday Times Best Seller List. In 2019, he built on this success with the release of ‘The Fear Bubble’, which also quickly became a No. 1 Best Seller.

Since 2017, Ant has regularly toured sold out venues in the UK with his live ‘Mind Over Muscle’ show. On stage he shares personal stories from his extreme adventures and TV shows and explains his Zero Negativity and ‘Fear Bubble’ approach to harnessing fear and living without limits. He also now runs ‘Mind Over Muscle Day Camps’ supporting individuals to realise their full potential. On the new tour Ant said:

“The power of your mind is stronger than physicality.  I’ll share life skills and philosophy on how to live your best life. There are two lives you can be living, the one you are living now and the better one which is just a step away!”

** Venue Pre-sales are available to a Theatre Royal & Royal Concert Hall customer database.  To sign up for future events, please visit www.trch.co.uk and click on ‘sign up’