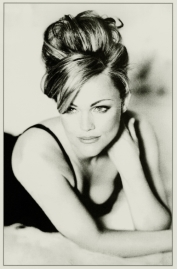 Rock stars come and rock stars go and in an ever changing landscape of shifting musical trends, few artists truly stand the test of time. Belinda Carlisle is one of those rare talents who does. She continues to remain relevant after nearly four decades in the business, amidst changing tastes the gifted and glamorous singer-songwriter has indelibly touched the hearts of pop fans around the world with her unique blend of gutsy vocals, emotively charged melodies and picturesque lyrics.

With ‘The Decades Tour’ the internationally acclaimed recording artist will celebrate her rich musical catalogue and chameleonic musical prowess. The tour spans 16 dates across the UK in October 2021, including a show at The Palladium in London on 15th October.

alt.tickets pre-sale on Wednesday 27nd May at 10am
General on sale from Friday 29th  May at 10am
www.alttickets.com

Splendour: Stage Times Revealed for Splendour as Festival On Course to Sell Out

Music: The Legendary Four Tops and Temptations Together Again for 2020 UK Tour